People tend to resist monopolies in the realm of economics but tolerate them in the realm of politics. This shouldn’t be surprising. Politics, government and monopoly have a long history together. Governments are, from a political science perspective, defined by their unique ability to exercise a “monopoly on the use of legitimate force.” This “monopoly on violence” has been a “defining conception of the state” for nearly 100 years, “a core concept of modern law for 500 years” and a central role of government since ancient times. And there is a good reason for this monopoly. Governments use it to secure people and property, defend their territory from foreign invasion and to administer justice through systems of courts and prisons. Individuals and groups that challenge this monopoly are labelled criminals, rebels and terrorists by society.

Over the last two hundred years, national governments throughout the world have used their monopoly on violence to secure for themselves another monopoly: the monopoly on the production of money used within their territories. Their instruments for turning violence into money are normalized practices of taxation, border control and banking regulation, to name a few. Using these practices and others, modern governments have eliminated monetary competition and forced the public to use of “official money” exclusively. While governments have been minting their own money for thousands of years, modern advances in technology have made it possible, for the first time, for government to successfully enforce a monopoly on the money used for transactions within their territory.

Before the industrial era (1800s), the line between currency and commodity was much blurrier than it is today. Since money performs many functions such as being a means of exchange, a unit of account and a store of value, it makes sense that people used different types of monies for different things in the past. For many centuries, people used beads, pelts and shells as a means of exchange. Double entry accounting systems enabled people to manage debit and credit systems using their own units of account. Gold and silver have been used as a store of value, often in the form of jewelry, religious objects and architectural ornaments, for thousands of years. Other commodities that have performed monetary functions in the past include slaves, livestock, grain, liquor, copper, salt and many others. While governments have always been able to create their own currency and pressure people to use it, before the industrial era’s unprecedented centralization of production, communication and bureaucracy, governments couldn’t effectively prevent people from using other monies to transact.

The two primary mechanisms government uses to raise revenue are taxes and money creation. Forcing people to give their money to the government through taxation is a much less popular method of generating revenue than the monetary creation. While people will only tolerate a certain amount of taxation, their capacity to accept new money created by the government is virtually limitless. Of course, money creation only works if people value the money governments create. In the past, governments would incorporate gold and silver into their coins to ensure that the public valued them. Of course, using these materials limit the amount of money governments could create so, to overcome this obstacle, governments would “debase” their coins by decreasing the amount of precious metals in them. This was often done secretly, so the fact that less precious metal was in the coin didn’t negatively impact the coins value. But people would inevitably figure it out, and when they did, the demand for debased government money would go down along with its market value and the amount of things government could buy with their own money. This led many governments into an inflationary spiral in which they would try to regain their buying power by creating even more debased coinage they could use in the market. The more they debased their currency, the more people used competing monetary systems, and the more the value of government money went down, until the “inflationary spiral” bankrupted the government. From ancient Rome to modern Venezuela, governments find it hard to resist inflating their money until it’s worthless.

Governments would routinely punish people for not accepting government money at a government declared value, but this was never an effective long term strategy because black markets would inevitably emerge that enabled people to trade government money for its real (market) value. Since people in the past were more comfortable with barter and using commodities as currencies, they could shift between using government and non-government monies. The only way governments could expand their money supply and their spending without falling into an inflationary spiral was if they could figure out how to effectively enforce a monetary monopoly on their citizens.

The first nation to effectively build a stable, modern monetary monopoly was England, which did so through the Bank of England. The bank was first established in 1694, but it didn’t gain complete control of British monetary production until the Bank Charter Act of 1844. In the United States, there was tremendous resistance to the establishment of a central bank. The first two central banks of the United States were effectively cancelled by Congress due to their unpopularity with the general public, who viewed the bank as a tool for Federal domination of the states and a source of corruption that ruined the integrity of government officials. The third attempt to create a central bank in the United States succeeded in 1913 when the US Congress chartered the Federal Reserve System. Since then, central banks and the commercial banks that feed off them have become tremendously powerful in the United States, and the Federal Reserve’s central banking model has proliferated throughout the work. Today, it’s hard for people to imagine how money could be created by anything other than an individual or group of nation-states.

Yet, while the current monetary system is chartered by the world's nation-states, it’s the commercial banks that seem to power and profit most from this state of affairs. For commercial banks to operate, they must purchase licenses from national regulators, pay massive fees and purchase influence from the right people to gain and retain their privileges. This allows the bankers to do what they do best - grow money - and politicians to do what they do best - extort money from others. This explains the strange situation in which the national governments of Europe are willing to give their monetary monopolies to transnational authorities who promise to expand trade by reducing the costs of cross-border transaction.

So, over the last 200 years we’ve seen the consolidation of monetary power into the hands of the central banks of the nation-state, over the last 50 years we’ve seen these central banks consolidate to create even larger and more powerful transnational monetary monopolies. The prime example is, of course, the Euro, which, between 1999 and today, consolidated the central banks of nineteen countries into a single one. A similar process is underway in Africa, led by the African Union, to consolidate the fifty four central banks of the Union’s member countries into a single African Central Bank. Consolidation in commercial banking is also underway. Over the course of the last 30 years, from 1985 to 2015, the amount of commercial banks in the United States has gone down from 14,400 to 5,250. Thanks to “free trade” treaties like the North American Free Trade Agreement (NAFTA) and global regulatory regimes like the World Trade Organization (WTO), it’s never been easier for banks to penetrate markets, expand operations and purchase competitors.

Ten years ago, at the dawn of the 21st century, it seemed like the economic trajectory of the world was a foregone conclusion: central banks would consolidate into regional monetary unions and regional markets, forming economic blocks similar to Orwell’s Eurasia, Oceania and Eastasia. Meanwhile, the biggest commercial banks would buy up the smaller ones until a tiny cartel of international financial institutions provided virtually all the world’s banking services.

The centuries-old economic institutions told the public that monetary consolidation was enabling us to raise the standard of living, improve public health outcomes, and build wealth for all. They assured the public that a global government, monetary system and single market weren’t being secretly planned within the halls of power, but if those entities did somehow emerge, all the better. The same people running current monetary monopolies would surely be running the next generation of even-more-powerful ones. The cynics who claimed this monetary monopoly would lead to further cronyism, stagflation, unemployment and income inequality were dismissed as conspiracy theorists with no capacity to provide alternative solutions. The public seemed content enough with this status quo. Even as the financial crisis of 2008 began to unfold, there still wasn’t much visible public opposition to the emergence of a comprehensive monetary monopoly being established to operate the globalized economy.

Then, in 2009, something unexpected happened. A new, open-source digital cash system mysteriously appeared on the web. It was called Bitcoin. As people became familiar with its peer to peer architecture and cryptographic properties, they began to realize that a new and very different monetary future was possible. Instead of a top-down, global economic monoculture monopoly run by central and commercial bankers, it became possible to imagine a diverse multiplicity of networked, peer-to-peer financial systems controlled autonomously from the bottom up. For the first time in most people’s lives, a money system that didn’t rely on a nation-state, and its monopoly on violence, became plausible. That vision wasn’t a primitivist one requiring people to go “back to the land” or use gold for money, but a modern one that relied on accessible, open source and highly-sophisticated financial technologies. Bitcoin, and the underlying blockchain database technology that it introduced to the world, created a new hope. 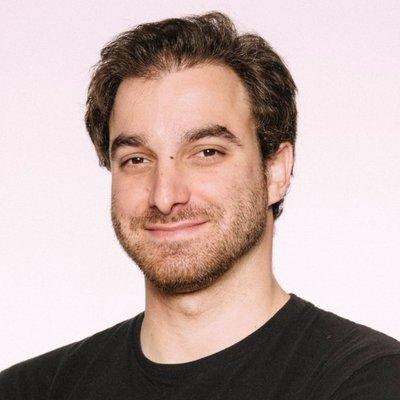